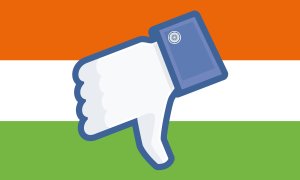 A year ago, the one step forward was the concept paper around electronic payments. The Reserve Bank of India (RBI) introduced the Unified Payments Interface (UPI) which would connect all the banks and make it very simple for people to send money to others and generally make e-commerce much easier. The good news is that last month it was launched and it’s gaining traction as more and more banks integrate to the UPI platform. UPI is really just like a Paytm wallet, so instead of having a Paytm wallet you would get a “Payment Address” issued by your bank and then make payments or receive money directly into the bank account.

UPI is not completely new, it’s an advanced version of the Immediate Payment Service (IMPS). The basic flow is that when you visit the checkout screen of an e-commerce company you would enter in a unique “Payment Address” such as [email protected] This would then route this transaction to the National Payments Corporation of India (NCPI) and it would automagically go to the correct bank. If the bank is Axis Bank, you would open the Axis Bank app and then authorize the transaction in the app. There would be no need for a one time password (OTP) as the Axis app would required a MPIN (mobile PIN) or potentially your fingerprint scan from your Aadhaar enrollment. Magic.

If you are interested in the technical features of UPI, I suggest you download and read the UPI specification document. When you start to read it, you quickly realize how this technology could leap-frog the e-payment systems that are currently in use in the US and Europe.

If UPI was the one step forward, then the newly introduced draft bill called the Geospatial Information Regulation Bill, 2016, (the Geospatial Bill) is two steps back. The Geospatial Bill was released by the Ministry of Home Affairs and when you read it, you realize it’s more like two thousand steps back. Take for example, if on a map you accidentally misrepresent the borders of India, it can be punishable with a fine ranging from Rs. 10 lacs (USD $15k) to Rs. 100 CR (USD $15 million) and even crazier is the potential imprisonment of up to seven years.

Oh, but there is much more. You have to apply for a license via the Security Vetting Authority (SVA), which sounds fucking ominous like something the US Government would have created after 9/11. So who or what is the SVA? According to the draft bill:

The Security Vetting Authority shall consist of an officer of the rank of Joint Secretary to the Government of India or above as Chairman and two members, one, a technical expert and the other, a national security expert.

That just sounds like code for – be prepared to pony up some cash so we can “move your file” through the process. This licensing process is a throwback to the good old days of the License Raj in India. And, don’t get me started on how this will effect EVERY phone app that asks for your location or shows you a map. As I said, one step forward and two thousand steps back.

UPDATE:
Some sensible people have come together to rally against the current form of the Geospatial Bill, please visit SaveTheMap.