In the latest edition of BusinessWeek (April 28, 2006) they provide the first-ever ranking of undergraduate programs, Indiana University’s Kelley School of Business was ranked #10 overall and #4 among public schools in the US. Finally some recognition for the school, you think Opal Mehta had it bad because her parents were all about her getting into Harvard. Imagine growing up with an Opal Mehta, I did. My sister graduated from high school at 16 years old just like Opal Mehta except she didn’t plagerize the hell out of a book. Anyways, I digress, here are the link for the article and rankings:
BusinessWeek article
Ranking of undergraduate programs [pdf, 256k, 1 page]

An Indian Harvard University sophomore promised to change her debut novel in future editions after acknowledging that she had unintentionally borrowed material from an author she deeply admired. Kaavya Viswanathan’s “How Opal Mehta Got Kissed, Got Wild, and Got a Life,” published in March by Little, Brown and Company, was the first of a two-book deal reportedly worth six figures. But on Sunday, the Harvard Crimson cited seven passages that closely resemble the style and language of the novels of Megan McCafferty. “When I was in high school, I read and loved two wonderful novels by Megan McCafferty, ‘Sloppy Firsts’ and ‘Second Helpings,’ which spoke to me in a way few other books did. Recently, I was very surprised and upset to learn that there are similarities between some passages in my novel … and passages in these books,” Viswanathan, 19, said in a statement issued by her publisher. What? She was surprised? She probably feels the same as me when i was surprised to learn that most of the above text appears on CNN.com.
CNN link 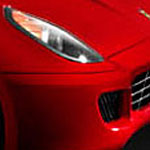 Disclaimer: For you Ferrari fans this tale ends very badly where both Ferrari’s get f’d up. As many of you know several months ago there was an Enzo that was wrecked in Southern California and it opened up a pandora’s box for Stefan Eriksson. Just yesterday one of his buddies, Carl Freer, was arrested. Could this be the elusive “Dietrich” that caused the Enzo crash? Bottomline, these guys are friggin’ guilty of something – either stupidity for wrecking an Enzo or just throwing around their money and expecting no one to notice. If Stefan had wrecked a Ford Explorer no one would have cared. The 2nd tale is about another Ferrari that was recently wrecked. This was one of the world’s first production 599 GTB’s which was wrecked in Italy. I heard about this one and almost cried on the spot, okay maybe not cry but it was painful to hear the story. The driver , who i met in Los Angeles, shall remain anonymous, but he was testing the car in Italy and said as he was driving the car around the test track, he lost control and wrecked the car. He didn’t say how bad it was, but it seems any Ferrari in an accident ain’t cheap. You’ll be able to read all about it in the upcoming July edition of Car and Driver.
PDF of July 2006 Car and Driver article [pdf, 3 pages, 344k] 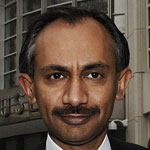 Sanjay Kumar, the co-owner of the New York Islanders and former CEO of Computer Associates International Inc., pleaded guilty Monday to obstruction of justice and securities fraud charges in a massive accounting scandal at the Long Island-based software company. He is definitely guilty of not shaving his moustache for his arraignment. According to a 2004 indictment, Kumar was so involved with adding false revenue to a financial quarter even after it closed that he flew on a corporate jet to Paris in July 1999 to finalize a $19 million deal and signed a contract that had been backdated. The indictment also charged that executives instructed salespeople to complete deals after the quarter had closed – a practice known within the company as the “35-day month” and “cleaned up” contracts by removing time stamps from faxes.

Trader Monthly magazine recently did a piece on the potential opportunity of the Indian financial markets. And yes, they have a profile of Martin Capital Management, one of my quotes from the article: “…Indian people are very open to new ideas and financial vehicles — such as Martin Capital launching India’s first managed commodity fund in mid-January. Even though this country has the brainpower and the intensity to compete, they’re continually looking for ideas outside the country in addition to their own homegrown offerings.” Download article [pdf, 8 pages, 1mb]

Marc Ecko of the clothing company, Ecko, created this internet video for his clothing company. The video got a good amount of press by TV stations and the Air Force. Ecko declined to say how much the stunt cost. “It’s not cheap,” he said. “You have to be rich.”

Finally, the Indian stock market index the Sensex passed through the 12,000 point barrier. On a rolling 12 month period the index is up an astonishing 96.1%, no I didn’t fat finger the number it really was 96.1%. The Sensex is an index similiar to the Dow Jones Industrial Average (DJIA) in that it takes 30 stocks (in India they are called scrips) and creates a barometer of the Indian capital markets. More info on the Sensex index.

So why the term “Sensex”? The full name of the index is Bombay Stock Exchange Sensitive Index. The abbreviated form “Sensex” was coined by Deepak Mohoni around 1990 while writing market analysis columns for some of the business newspapers and magazines.