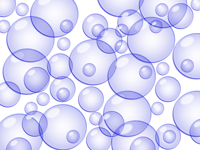 It’s been a week since several bombs tore through South Bombay like a hurricane and already the city is getting back to normal. Some say it’s the strength, courage and/or resilience of it’s people that allows Bombay to move forward. I would simply say, we have created the perfect bubble to live in. This bubble has been created out of necessity since the political infrastructure of this country has simply lost its moral compass. Everything I read about government in India revolves around two basic issues: money and disregard for life.

Safety in this country is a joke. The police patrol the streets with nothing more then a stick and a fat belly. Money that should go towards police issued revolvers, CBs and police cars has surely been pilfered by the higher ups. When a terrorist attacks, the police are clueless and powerless as they don’t have the tools to deal with this type of threat. In the end, people die.

About two years back my parents visited Bombay and they had an extra suitcase which we had no place for. Since real estate is a premium in Bombay, I had the brilliant idea of sticking the empty suitcase in the trunk of my car. For 5 months we visited pretty much every hotel and/or mall that had security and NOT ONE person questioned what was in the suitcase. They opened the trunk looked at the suitcase and then proceeded to shut the trunk. If the government was truly concerned about it’s citizens it would not let private companies conduct security checks and instead use the military as it does for the airports. This decision allows the government to save money but puts the public at risk and in the end, people die.

A politician first and foremost should be doing everything to take care of people in his/her district, but in reality they are more worried about taking care of themselves first. Another great example are the roads in Bombay. Building roads is a fairly simple thing and is done around the world and other parts of India without an issues. However, for some strange reason the roads in Bombay are always in a state of disrepair, of course corruption plays a part. If the cost of the road is Rs. 100, by the time the road is completed only Rs. 5o might have been spent on sub-standard materials, the rest is classified as “leakage”. When roads are so badly constructed it could be a death trap or lead to a serious injury for someone that is riding on a motorcycle and happens to hit a pothole. If you hit that pothole and are taken to a government hospital, let’s just say I wouldn’t even send my worst enemy to a government hospital for treatment. Yet again, the mixture of money and disregard for life creates an environment where government hospital facilities are on par with hospitals from when dinosaurs roamed the earth. In the end, people die.

You get the point, I could go on and on with examples. So what do we do? We create our own bubbles. Who cares if the building we live is filthy, as long as your home is clean. Who cares if people are begging on the street, you are sitting in an air conditioned car. Who cares if someone’s office got bombed, you and your staff are safe.

The problem with bubbles is that they can pop at any moment. When it pops who will help you? The government or will your strength, courage and resilience pull you through.